All right, I know I said I wouldn't be posting any more captions here, but since its a holiday I decided to make an exception. As a reminder, my new blog, with all the content found here and more, can be found here. Happy Easter, everyone! 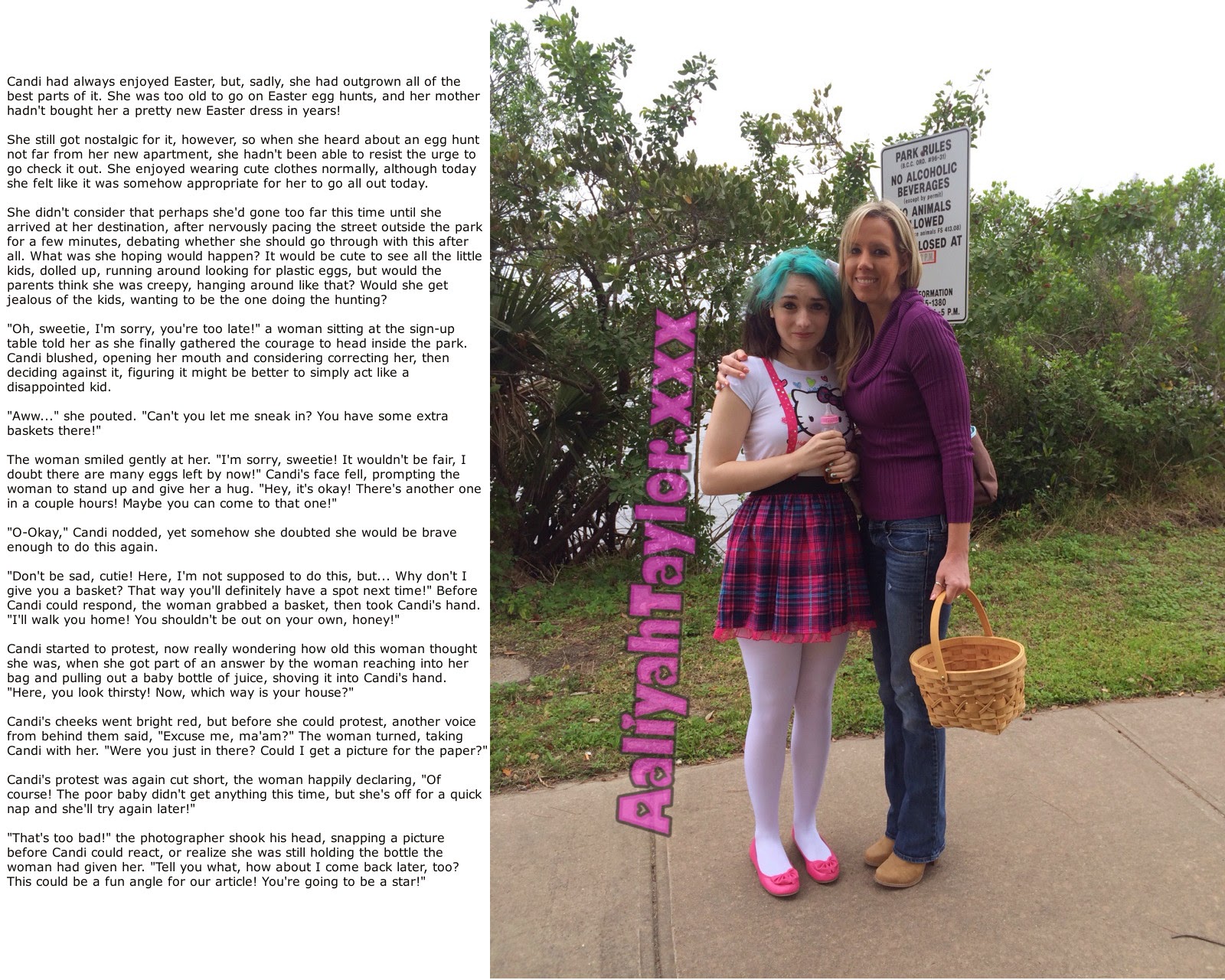 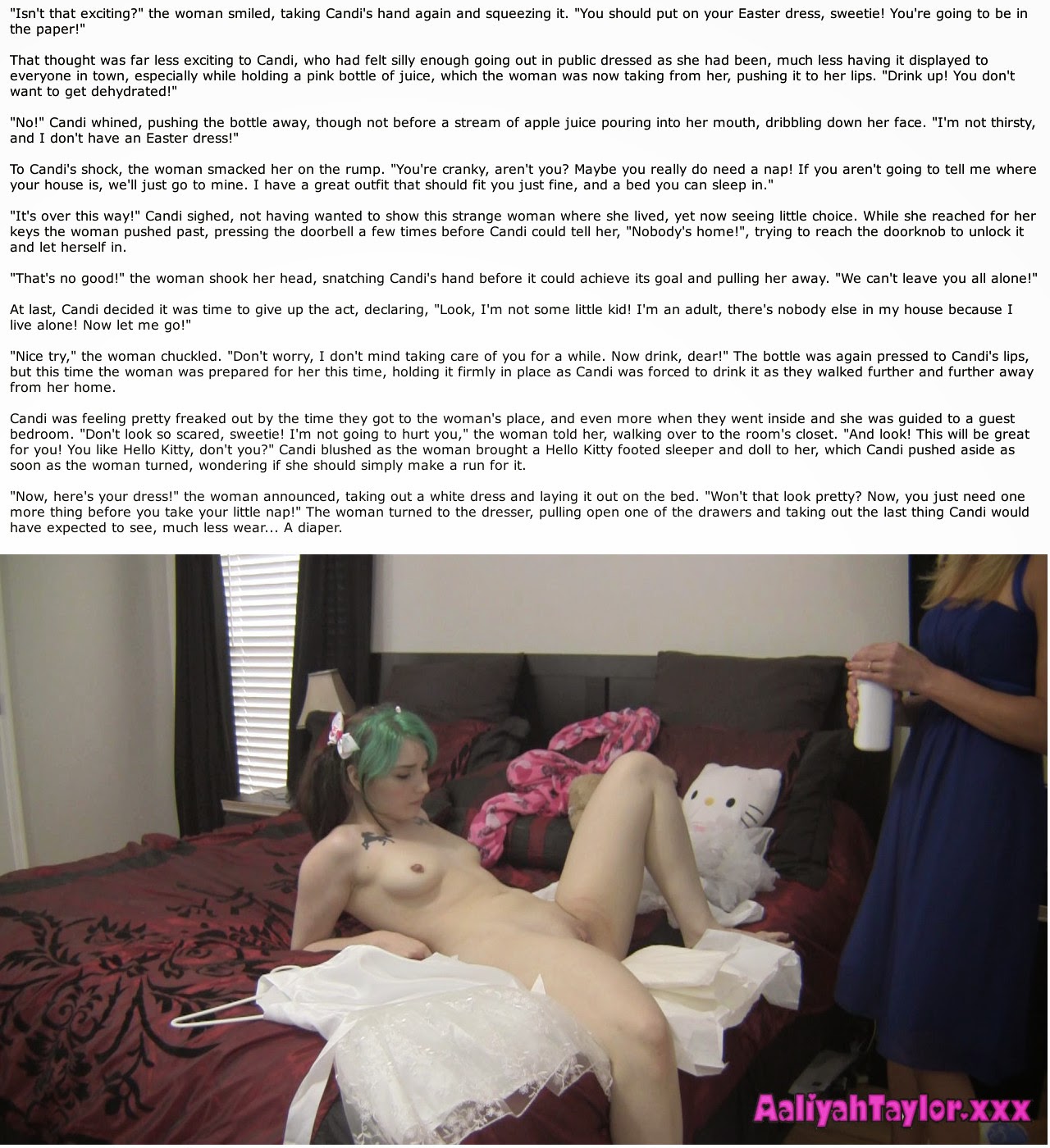 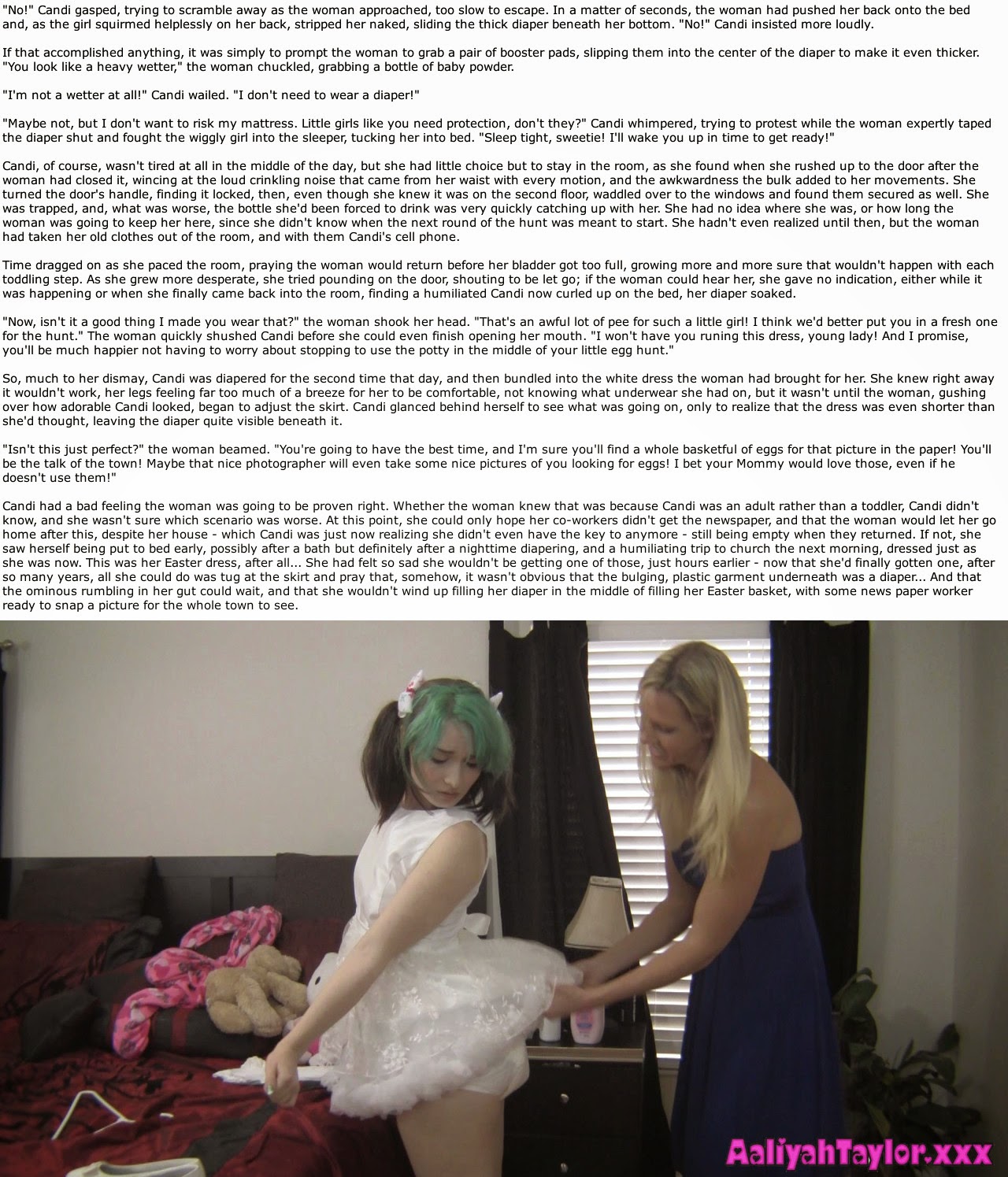 Just so everyone knows, there are a few new caption stories at my new site, which you can find the link to in my last entry. Even though Blogger has gone back on their threats of shutting down adult blogs, I'm planning on sticking with Wordpress for the time being instead of waiting to see if Blogger changes their mind again. I'll keep this site up as well, and as you probably noticed, I restored all the captions, but I don't plan on posting anything new here unless something goes wrong at my other site. Thanks for reading, and hope to see you over at my new castle!
Posted by Princess Pottypants at 4:38 PM 1 comment:

Email ThisBlogThis!Share to TwitterShare to FacebookShare to Pinterest
Labels: Blog

As you've probably heard by now, next month Blogger is no longer going to allow adult material (they mention photographs specifically, but who knows how far they'll take it?) on their platform. That is obviously a problem for this site, and you'll probably notice that all of my captions are now gone. Actually, they're just reverted to drafts, but I'm hoping that will be enough to satisfy them.

Fear not, they aren't gone forever! I'm still looking into options for where to take the blog from here, but at the moment, I have a backup set up on Wordpress, which should have all of the content from this site. I'm not sure if that will be my permanent solution or not, but if I change it, I'll be sure to put up an announcement here. As a reminder, you can also find my newer captions, and some of my old ones, on my Tumblr.

Thanks for visiting, and I hope to see you on one of those other sites!
Posted by Princess Pottypants at 5:57 PM 12 comments:

Email ThisBlogThis!Share to TwitterShare to FacebookShare to Pinterest
Labels: Blog 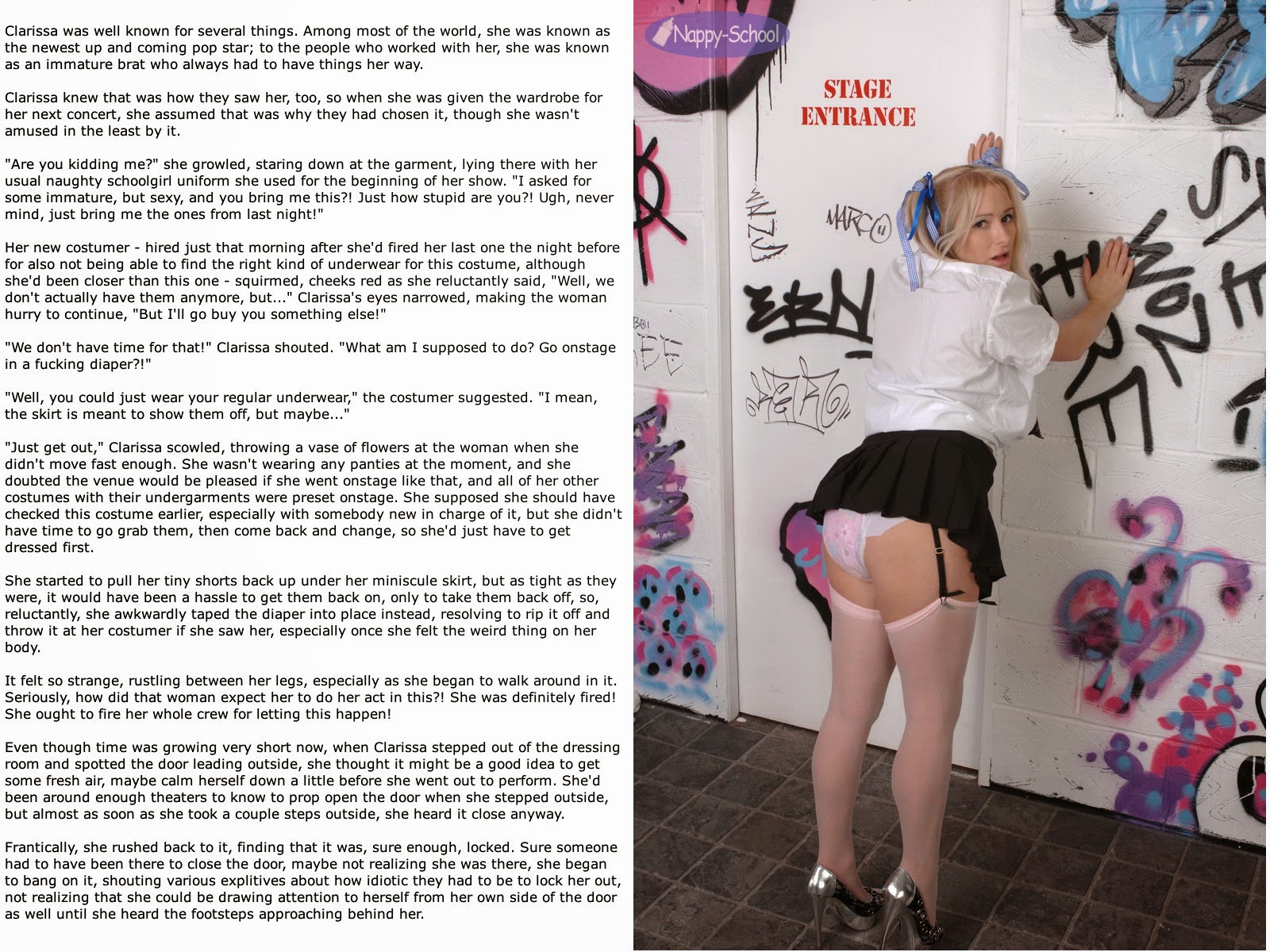 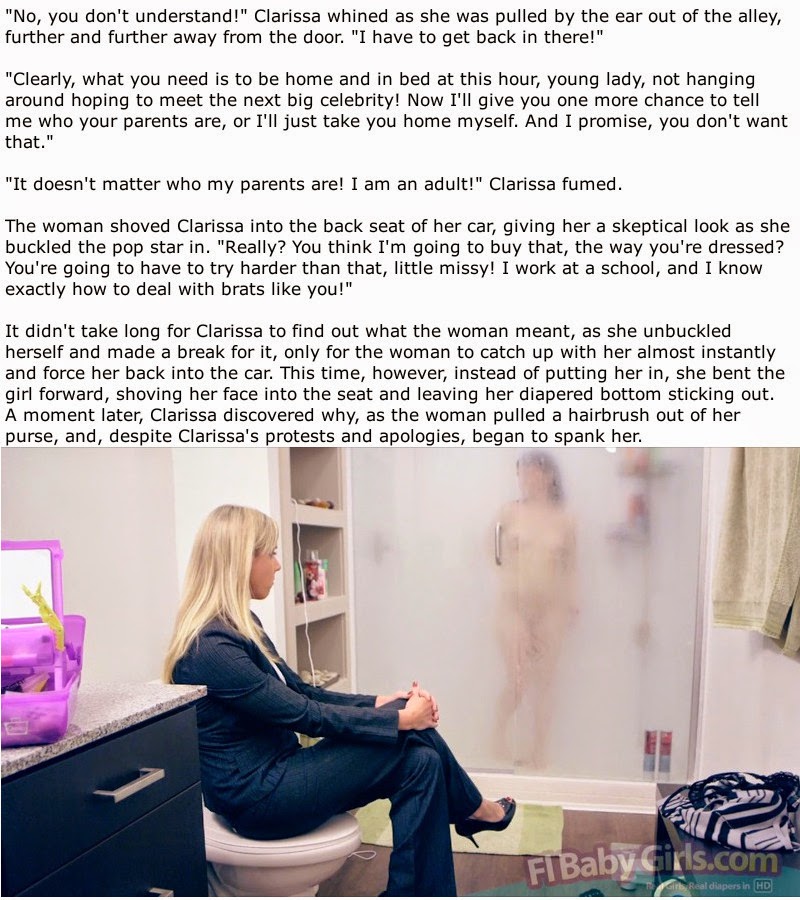 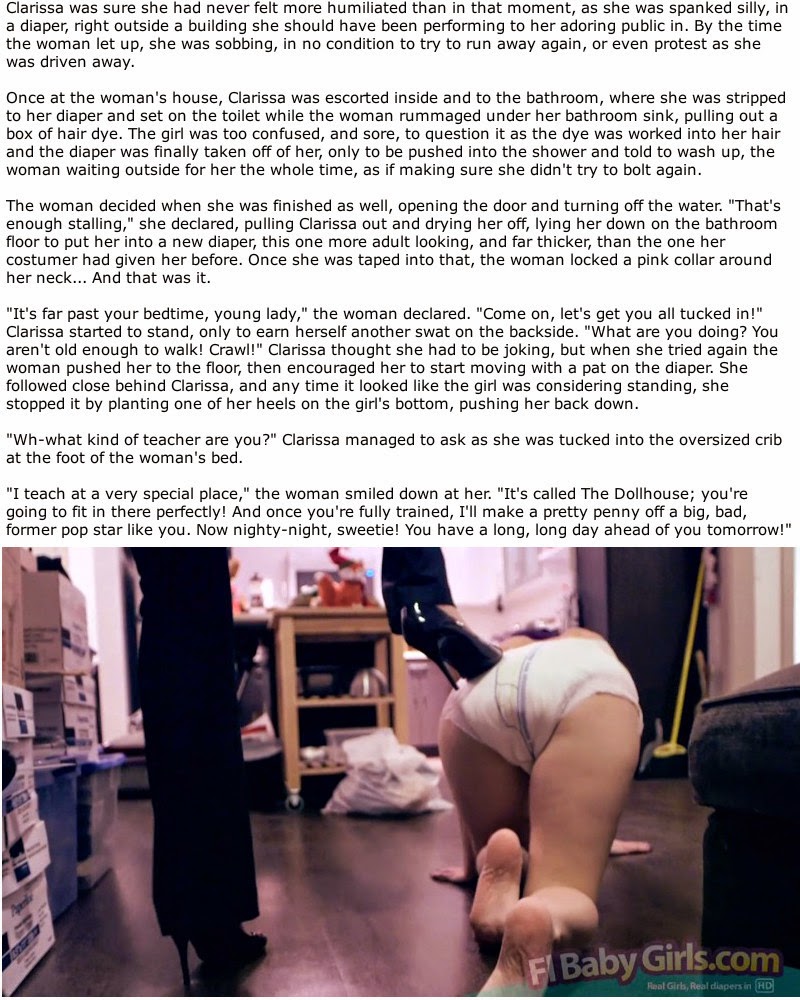 Posted by Princess Pottypants at 11:34 AM 7 comments:

Email ThisBlogThis!Share to TwitterShare to FacebookShare to Pinterest
Labels: Captions, The Dollhouse 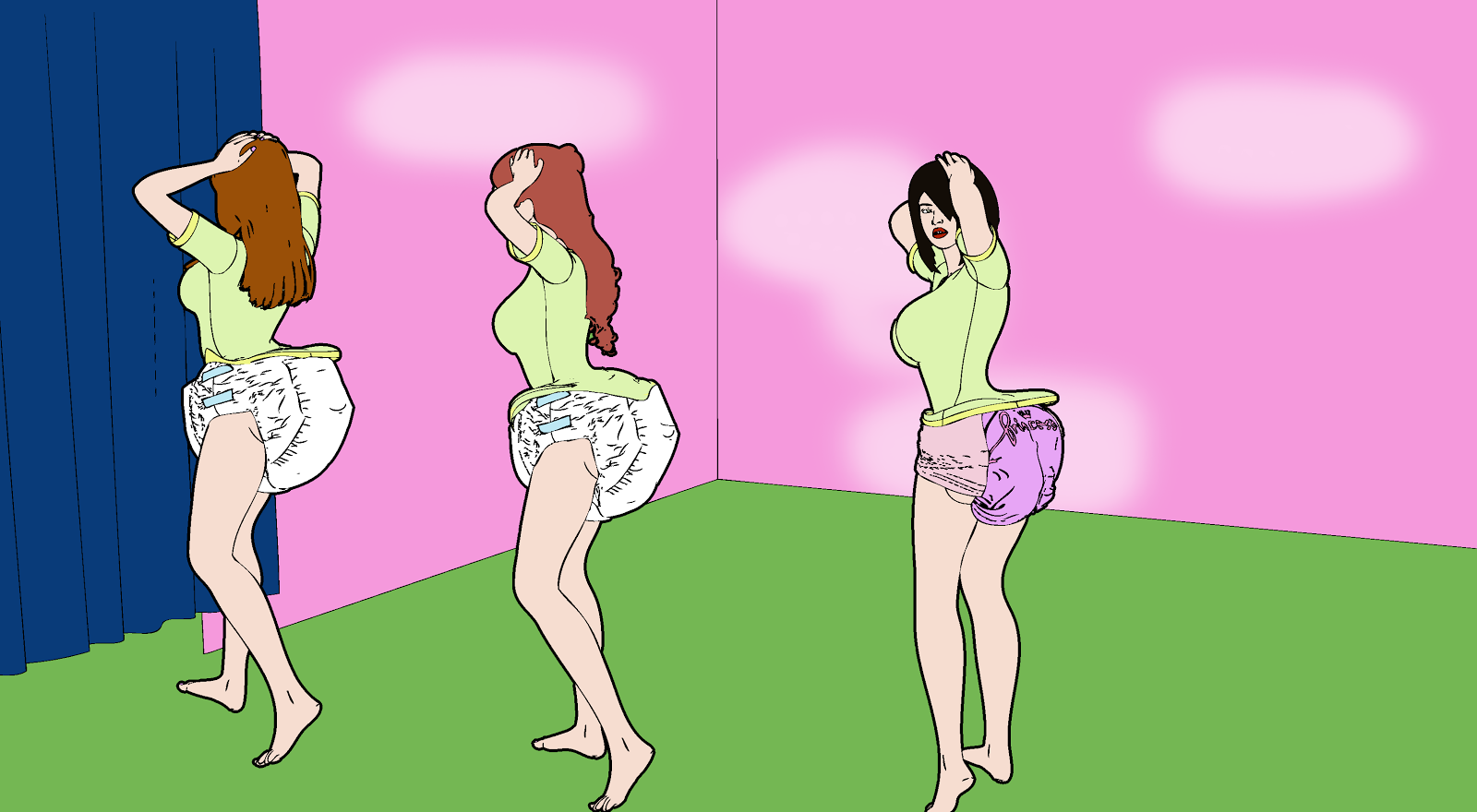 It's been a while since I've done a review - and really a while since this came out - but with the current Snowpocalypse giving me a little time off, I'm finally getting around to writing it.

Anyway, this review is of AusDpr's Reform Academy comic (find more information and sample images here, or go buy it here), released at the end of last year. I was thinking I'd done a review of his first comic, Land of the Immortals, but I can't seem to find it. In short, it's excellent, and you should buy it.

And this one is even better. The price tag might seem a bit high at first, but this is a huge comic, with a ton of content, which makes it feel like a real journey, and not just a quick scene like you would get if you were to buy a video clip for the same amount.

AusDpr is great at taking his time with his regression scenes, rather than just jumping right to the diapers, and in this case there are several stages, each of which is given enough time and detail to really give a nice sense of progression to the story. There are some similarities to his story Shipped Away, mostly bringing back some of the fun ideas he had there, which were nice to see, although, having read that, I recognized some of them before they were officially revealed in the story, making them slightly less of a surprise.

The character designs are well done, with no two of the many characters looking similar enough to be confused with another, which is very important in a story of this size. There are also a lot of great, humiliating situations for those characters to go through. I especially enjoyed a small subplot that mostly popped up towards the end with a character trying to put a stop to the institute.

The rest of the artwork is great, too, showing a lot of improvement over the already good work he did in his first comic. More than just getting better at the basics, however, he's added more artistry to the whole thing, resulting in some panels with very nice lighting effects, and a lot of great perspective work that helps emphasize how far the characters fall over the course of the story. The thicker borders around the characters give them a nice look and help them pop a bit more. One thing that did strike me as odd, however, were some of the pages that lacked borders around the panels, which made them feel a bit jumbled at times.

All in all, though, it was a fantastic read, and one that lasted a good, long time. I'd say, without a doubt, it's worth the price if you're into AusDpr's style of storytelling, or if the plot synopsis and sample images on his blog strike you as interesting.

Also, on a completely unrelated note, Alisa's Adventures in the Diaper Dimension is now available as an ebook from Lulu and Amazon, but, annoyingly, nowhere else. For some reason, the other venues Lulu usually publishes through won't accept it. From a little research, it seems it might be because I use the word Amazon so much in the text, but the site doesn't give me any specific reason, so I don't know for sure.
Posted by Princess Pottypants at 9:11 AM 2 comments: 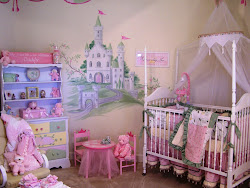 Princess Pottypants
I'm just a girl who cain't say no... Because if I do, I'll get a spanking. I'm in a terrible fix, indeed...